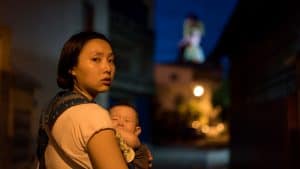 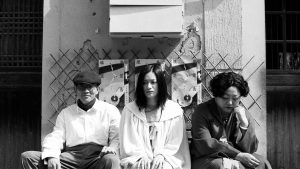 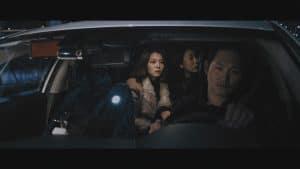 There is no exit in taxi 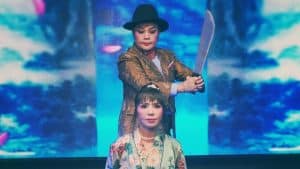 This year we are very pleased to collaborate with the “Women Make Waves Film Festival Taiwan”. Pecha Lo, member of the programming team, curated a radical and very powerful short film program for us:
Restrained by religion, society, politics and other factors, misogyny and gender inequalities can be found in many Asian regions. In the meantime a rising feminist awareness is spreading all over Asia to a varying extent. This selection is to examine issues such as the patriarchal system, queer discrimination, re-representation of masculinity, the objectification of women and female sexuality, along with feminist spirits, magic-surrealist imagery and feminist aesthetics of Asian cinema.

Of all things Lian is asked to babysit her brother’s son on the day of her very own birthday. Though Lian has an important date that day, her mother insists that she perform her daughterly duties. Lian, however, is determined to not give in that easily and devises a plan. This black comedy questions motherhood and patriarchal traditions. to the Movie

When Nan unveils her father’s affairs, she suddenly gets her first period. A Freudian-like tale about lust, jealousy and betrayal. to the Movie

There is no exit in taxi

When a lesbian couple finds themselves provoked by a chauvinistic male cab driver, they decide to take action. The short film defies daily realities of violence directed at queers and explores possibilities of unusual resistance against the anti-LGBT movements in South Korea. to the Movie

Up and coming director Kirsten Tan ventures on a reinterpretation of the traditional Teochew Drama, „The Water Margin“. In the film the gangster Wu Song sets out to revenge his brother’s murder and finds himself seduced by Jin Lian, one of the most infamous femme fatales of Chinese literature. to the Movie