Unfortunately, cinemas too are affected by the government’s decision to impose a partial lockdown and therefore will have to close their doors starting on 2nd of November. In case you’ve already bought cinema tickets, don’t worry, they will be automatically reimbursed by the cinema – just be patient, as the ticket provider services about 2500 cinemas.

For reasons mentioned above, our festival will EXCLUSIVELY take place ONLINE this year.

Tickets are now for sale. To purchase a ticket, just go to the film description page and click the “ONLINE -STREAM” Button. You will be redirected to the Filmstadt Muenchen website, where you can choose between single tickets and a festival pass. In both cases you have the option to add a solidarity contribution for the Neues Maxim cinema. You can pay by credit card or PayPal.

To soften the blow of bad news regarding the lockdown we have a little surprise for you: Contrary to the announcement in our program booklet Leonie Krippendorff’s coming of age drama Kokon will be available for streaming after all.

The Coronavirus has greatly impacted the world of cinema, at least for the time being. Many of this year’s new films went unnoticed amid the restrictions. With our Women’s Film Festival we want to do our part in making sure that at least a few of those wonderful films get the attention they deserve.

Our opening film Uferfrauen is a charming and profound film by Barbara Wallbraun about lesbian life and love in the German Democratic Republic – a film that won’t make you laugh, but is yet powerful and encouraging. Next in line is Heavy Craving, the spectacular debut of director Pei-Ju Hsieh from Taiwan who questions social body standards by means of the dramedy genre. The Australian film Coming Back Out Ball Movie documents the organizing of a festive ball event for queer elderlies. This film is a great plea for more integration and appreciation of older LGBTIQ* people and their political achievements for the queer community. In Speak Up, black women from Europe raise their voices to define a black female perspective from their point of view. The short film Portrait of my Mother, which tells the story of abuse and coming to terms with it, is the supporting film for Overseas, which takes a brutally honest look at the calamity of modern slavery. The solidarity among the women is a spark of hope within the sinister parallel world portrayed in this film. In Mouthpiece by Patricia Rozema, the protagonist Cassandra is tasked with organizing her mother’s funeral within 48 hours, throwing her into an identity crisis that escalates in increasingly absurd ways – an atmospheric drama about death that defies all genre conventions. Leonie Krippendorff’s Kokon is a beautiful coming of age drama about young love and hot summer days in Berlin. Last but not least, in Walchensee Forever, director Janna Ji Wonders describes the story of her family from the perspective of the women, each of whom braves the patriarchal structures of their time in their own way. 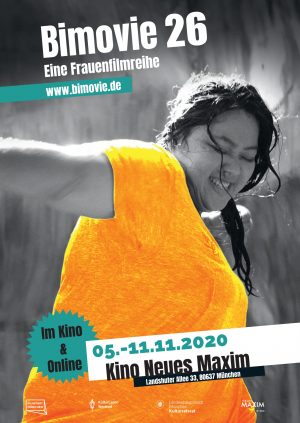 We use cookies to optimize and continuously improve our website for you. By using the website you're confirming that you're happy to accept our use of cookies. You can find out more about the cookies and how we use them in our Datenschutzerklärung.