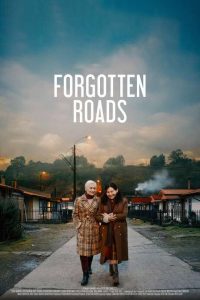 At the age of 70, Claudina has to start over after her husband’s death. After moving in with her daughter and grandson, she finds herself having to abide by their rules and living in a town torn between religious fanaticism and an obsession with UFO sightings.

One ray of hope is her neighbor, Elsa, a married and independent woman. She sings in a bar called “Porvenir” (meaning “future”) that is a meeting point for gays, lesbians and other outsiders that are eyed with suspicion by the other residents. Claudina and Elsa fall in love, but do they stand a chance against their conservative environment?

Director Nicol Ruiz Benavides’ feature film tells a wonderful story about aging whose protagonist Claudina sets out on a journey to find herself and rediscover her sexuality. Rosa Ramirez’s portrayal of Claudina is particularly impressive.