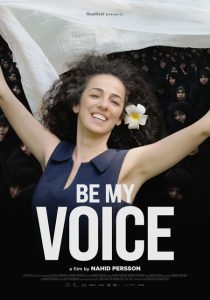 Iranian journalist and activist Masih Alinejad has been in exile in the United States for years. Drawing from her experiences growing up in Iran and living there as an adult woman, she launched a social media campaign called “My Stealthy Freedom” in 2014.
Masih Alinejad wants for every woman in Iran to be able to decide whether or not to wear a headscarf, and how to wear it if she chooses to. She is also committed to fighting the ongoing structural discrimination against women in Iran.
With her campaign, she encourages Iranian women to film themselves without a hijab and to send her their recordings. Her wish is to be the voice of these women from exile.
Filmmaker Nahid Persson observes and accompanies Masih Alinejad on this mission, which holds so many risks for everyone involved.