Flickan i frack – The Girl in Tails 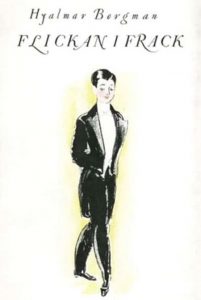 Because her father refuses to buy her a new dress, Katja appears in her brother’s tailcoat at young Count Ludwig’s ball night, where she dances with other women and smokes cigars. Katja’s self-confident “genderqueer” appearance causes quite a commotion.
After being thrown out by her father, Katja seeks refuge in her friend Ludwig’s mansion, which is inhabited by a collective of learned women. Katja is taken under the wing of a neurologist, a lecturer in Nordic languages, a philosopher, a humorous materialist, and a professor of comparative anatomy, and finally succeeds in freeing herself from the oppression of her patriarchal father and defying the provincial morality of her small hometown.
With humor and depth, director Karin Swanström tells a story of feminism, of resistance to conformity and of the joyful play with gender roles. The film, which is on the British Film Institue’s list of unjustly “overlooked films directed by women,” was newly restored by Svenska Filminstitutet in 2016.